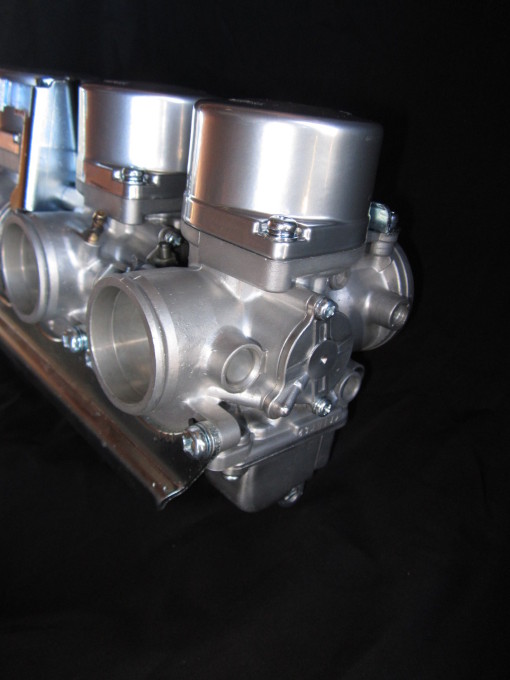 Honda's Double Over-Head Cam series carburetors are a step up in complexity from the SOHC models and, some say, a step backwards insofar as "user friendliness."

On the plus side some models make use of transitional main jets, which allow us to tune the idle/slow speed circuit independenently of the needle jet. But then you encounter fixed slide needles, non-adjustable floats, non-removable float seats, and non-standard float needles.

This isn't to say that they're poorly engineered per se, but Honda adopted a one-size-fits-all approach for the sake of marketing to larger customer bases. In a word, form came before function. This is the polar opposite of my personal and business philosophy but it's the reality we're forced to deal with.

It's also not to suggest that they don't run well, but with non-adjustable floats we're stuck with what we get--which was true to some extent even when they were new. The bikes ran "good enough," which in our view isn't.

This problem is compounded by the fact that even the highest quality aftermarket float needles are longer than the stock ones and thus lean out the fuel levels in the bowls--often to the extent that a carb set rebuilt with the best kits on the market might not leak any longer but runs worse than ever. Talk about the cure being worse than the illness!

We can take care of this in one simple operation by switching out the floats for ones scavenged from CBX'es. They've got the same geometry but have an adjustable tang so that we can set them to perfection. The difficulty now shifts to acquiring CBX floats, which are growing harder to come by. 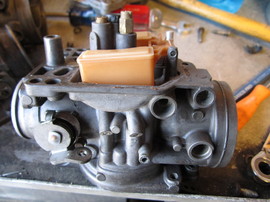 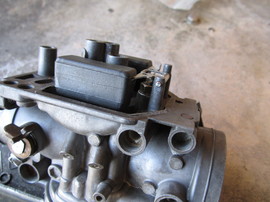 The cost of the service is 725.00 plus return shipping in new secure packaging.

If we need to replace the original floats with adjustable ones to deal with float heights being way off, the cost is 20 dollars per float.

If you opt for nickel plate on the inner linkages and throttle shafts, add 195.00 for the set.

To get the process started, simply download the Service Request PDF on the left.

The service starts with a thorough evaluation and a completley transparent policy about what you might need; most sets usually don't need anything extraordinary but if I find something serious I have lots of spare parts on hand.

What I won't do is hook you with one price and then hit you with a bunch of surprise add-ons. If I find a broken float post, a nozzle that needs to be drilled out, or a stripped thread that needs an insert I'll take care of it without you ever knowing.

Obviously if we find something serious there will be an extra charge but I'm not known to overcharge for parts. Bottom line is we don't sweat the little stuff.

After we've determined that your set is restorable, we get to work. This includes:

Your carbs should come back to you ready to bolt on and run. Ovbiously there are times when you'll need to perform a final synchronization but they're very rare and it's an easy process. (See below)

HOWEVER, What goes into your carburetors is more important than making them pretty. Each rebuild includes:

Jets, and other "hard parts" are factory-original Keihin, not after-market knock-off.

Air cuts, passage plugs, and accelerator pumps are Japanese-made by Keyster, the highest quality obtainable---proven and tested superior to OEM.

The OEM style fasteners we use are Japanese Industrial Standard, just like the ones installed at the factory. There are subtle but significant differences between JIS and "standard" phillips. Read more about them under VESSEL JIS Driver Set link above.

The principal symptoms of poor synchronization are slow or hesitant return to idle from revving. You'll also find that the idle will tend to rise uncontrollably as the bike warms up. This is assuming that there's no binding in the cables or grip, obviously.

What's happening is that one or more of the individual throttles are hanging a tiny bit more open or relative to the others. Essentially the carbs are in a tug of war and idle speed is the "rope."

We synch on the bench with surprising accuracy but we can't always replicate real-life dynamics. Valve clearances, cam timing, and/or compression-related issues all have an effect on vacuum so a final adjstment is sometimes needed. That said, in this business no news is good news so the lack of people calling with synch troubles suggests that we're doing something right.