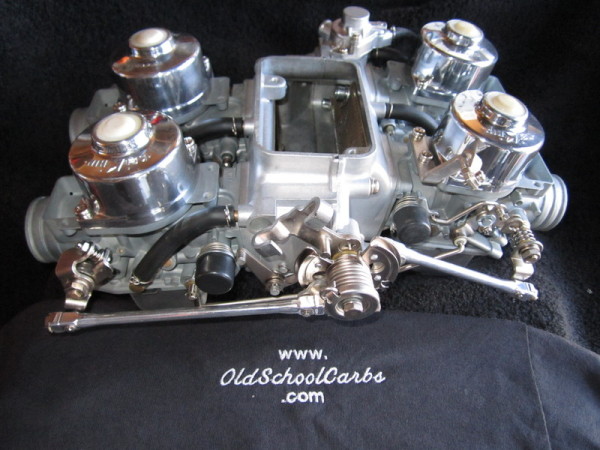 Honda's GL1000 series carbs have their own idiosyncracies.

They're similar to other designs in that they make use of paired transitional main jets but that's where the similarities end.

They've got a dedicated system for delivering air to the slow, air cutoff, and air/fuel mixture circuits, one which makes use of common passageways inside the airbox plenum and special brass orifices in the carburetor bodies.

The design engineers eventually moved those circuits inside the carb bodies, and in doing so saved a lot of weight, but they left us with notoriously finicky carburetors.

Once they're fully dialed in they're second to none but getting there takes some doing. This is why a lot of otherwise competent builders shy away from them. 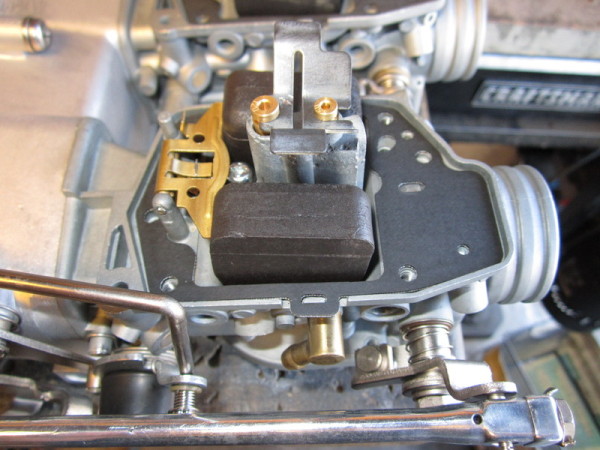 The principal issue from a service/maintenance perspective is that every jet and float seat relies on an oring. If even one of the dozen critical ones inside the float chambers fails, it'll bring the entire motorcycle to its knees. When you consider ethanol's tendency to attack natural rubber-derived components, a set of GL1000 carbs is riddled with potential weak spots.

We use viton for all of the plenum seals, jet and float seat orings, and laminated-style bowl gaskets---all of which will last forever.﻿﻿ 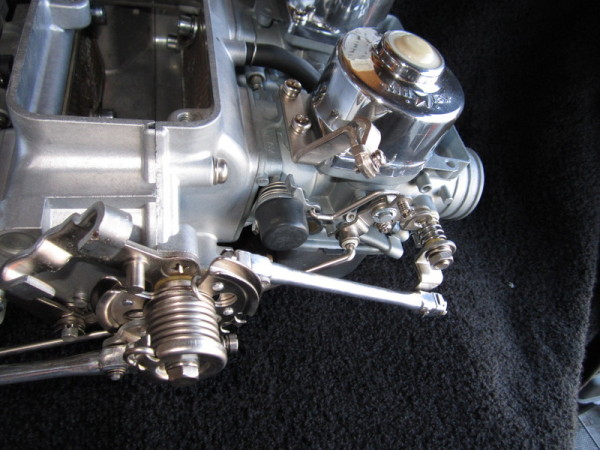 There are cosmetic issues to consider as well, mostly having to do with red rust on the steel parts and white corrosion in the metal of the bodies, bowls and caps.

GL1000 carburetor bodies are cast from an alloy of zinc and aluminum called "pot-metal". The smelly brown "lacquer" that forms inside float bowls doesn't bother aluminum but it does indeed attack zinc in a phenomenon called "dezincification." Erosion can become so severe that major repairs or replacement are called for.

Interesting to note: Brass is an alloy of copper and zinc so it's susceptible to dezincification as well, although to a lesser degree owing to the lower concentration of zinc in the alloy.

Bowls and caps are not pot metal but cast aluminum, and the caps have clear powdercoat applied at the factory. Once white rust develps under it, they're never going to look good until you take the proper steps.

We've got solutions for all. The processes we employ are proprietary but they bring everything as close to like new as condition allows. 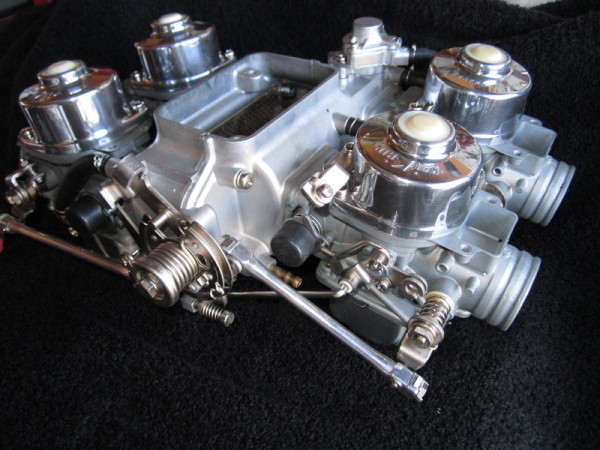 As for red rust on the various steel parts, some builders proudly advertise that they use the wire wheel and then coat with rattle can clearcoat. I tried this and found it wanting, even in ideal circumstances. The wire wheel removes the rust all right, but it grinds off the remaining zinc plate as well---which is an invitation to disaster. The parts will look okay for a time but the rust will eventually return worse than ever. In a word, relying on clear coat is a fantasy. I cater to high-end collectors who show their bikes year after year so I looked around for a truly permanent solution.

We send parts out for professional plating to factory original specification of clear zinc. The process requires stripping off all the old remaining plate in strong acid before moving to the electroplate bath.

I've seen the results of those cheap DIY brush 'n plate kits and they're a joke.

We also offer nickel plate as an option. Nickel is far more resistant to corrosion than zinc for oceanside environments where there's a lot of humidity and salt spray but the plating process is also far more costly.

The added cost for Nickel is 195, and it includes EVERYTHING: throttle shafts, linkages, synch screw components, and fasteners.

Either way you go you'll wind up with a carburetor set that will not only run better than new but will look this fantastic for many years to come.

The base price is 899.00 for the standard zinc finish, plus 45 dollars return shipping. Overseas shipping rates vary but we're happy to ship anywhere on the planet.

To get the process started, download the Service Request form to your left and call us at your convenience to discuss the details.